A helicopter carrying former Prime Minister Raila Odinga crashed in Gem Constituency on Sunday, May 30.
The helicopter crashed shortly after the ODM Leader dropped him off at Gem’s Kudho Primary School.

Raila confirmed in a statement confirming the occurrence that the helicopter, Bell 407, crashed when it attempted to lift off the ground to make room for other planes.
Fortunately, no one was killed. The pilot and four other passengers escaped with minor injuries.

Following the trauma, Raila accompanied President Uhuru Kenyatta in launching the Shs 2.4 billion Bondo Water Supply Project in Siaya County.
They also went to see a large project being conducted by the Lake Victoria Water Works Development Agency that will improve water supply to Bondo and Siaya towns, as well as the installation of sewer treatment sites in the two towns.

Raila is in Kisumu preparing for the Madaraka Day celebrations, which will take place at the Jomo Kenyatta International Stadium.
Kanze Dena, the State House Spokesperson, stated that the event will be by invitation only. A total of 3000 people will be permitted into the venue, down from the original 30,000. 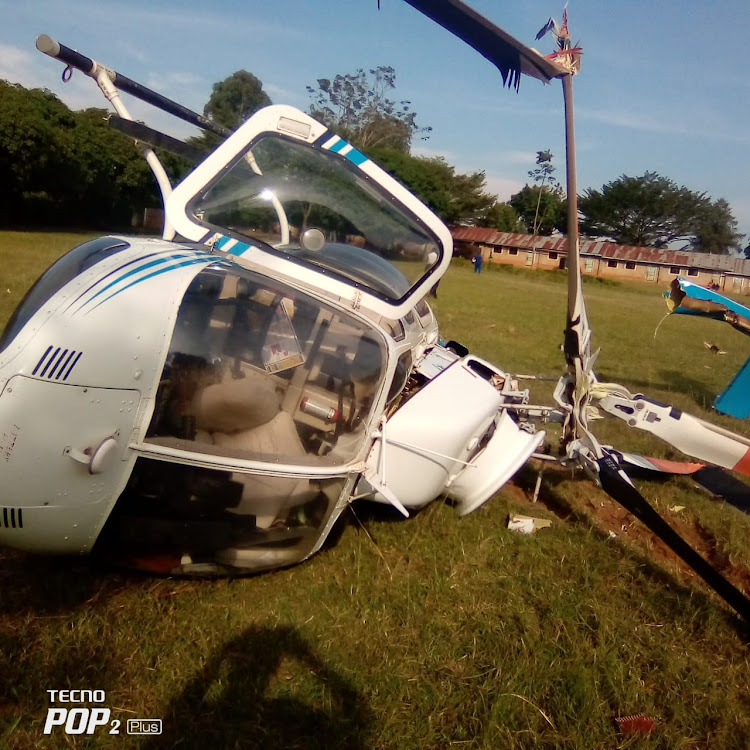 The number was limited in order to slow the spread of the lethal Indian variety discovered in Kisumu.

President Uhuru Kenyatta and Raila were supposed to board a train from Naivasha to Kisumu, which had recently been upgraded.

Kanze Dena, on the other hand, stated that the two had abandoned that plan due to unforeseen circumstances.

Some Kenyans went on Social media with all sorts of opinions Read below:

Paul Obado Says: OMG. Both UK & RAO must be very very careful with the anger of WSAR and his evil axis. Now that Dr. Ndii had advised WSAR that the only way he can climb to presidency in Kenya is to eliminate aka kill the President/UK, this advice should not be taken lightly given that since 2013, WSAR has been aggresively planning to succeed UK by any means. Remember WSAE then went ahead to engage Dr. Ndii into his/WSAR wing.

Njoroge Njoros Says: One sided. And what about RAO when he oathed himself president was it in anger, humor or comedy?

Posted by Editorial Team - July 26, 2021 0
Olumide Soyombo is one of the well-known active angel investors in Nigeria tech startups and Africa at large. Since he…

Should we be worried about insurtech valuations? – TechCrunch

Posted by Editorial Team - July 26, 2021 0
Welcome back to The TechCrunch Exchange, a weekly startups-and-markets newsletter. It’s inspired by what the weekday Exchange column digs into,…

Posted by Editorial Team - May 27, 2021 0
– Olivia Nassanga tricked Owen Kawuki into believing she was pregnant with his child in order to obtain money from…