Before during and after sex, kissing is one of the greatest pleasures one can experience. With your boyfriend, mastering the art of kissing will guarantee pleasurable sex. Many people think it is enough to have sex, but they neglect the joy a kiss can offer. The lips are full of body-wide nerves that awaken sensations. Nonetheless, make sure you do it all the way to the end when you engage in the kissing game.

From Friendzone to Bae zone (Part 2).

Use your hands to touch his other body parts when you are kissing your man. You’ve probably begun to touch him on the face, shoulders, and stomach. Make sure that you move your hands down his sides for a while and let them rest there. This in his body, will awaken a feeling. By using your magic hands, turn on your man.

Demand what you want from your man

In their kissing game, some men prefer girls who are naïve. On the other hand, some men can be turned on by a confident girl who knows how to ask. If your guy is used to taking the lead, surprise him and let him know how you like it this time around. This will turn him on and it will heat things up. Don’t shy away from making him aware of your demands. Your target is not just to make him happy, but also to be fulfilled. Tell him if you want him to caress you when you kiss him. If you want him to finger you, let him finger you. It’s a win win situation after all.

STEPS TO TAKE WHEN CHOOSING A MARRIAGE PARTNER

Move your lips into other sensitive areas after you have gently massaged his lips, such as the ear- Nibble softly on the earlobe of your guy; you can use your tongue to lick it on the outline of his ear. This would make the hair on his neck stand up. It will definitely arouse him. You can whisper dirty stuff in his ear or blow into it to make it even sexier. It’ll turn your boyfriend on. The chest-the sensitivity of a woman’s nipples is the same as certain men’s nipples are. If your guy is sensitive on his nipples, kiss them or suck them and blow them gently. That’s going to turn your guy on. Fingers-turn on your man by slowly licking his pointer finger up and down, watching him look at you. Neck-kissing him gently on his neck gives you the results you seek. The neck is a part of the body that is very sensitive. Guys like it when they are gently nibbled. This approach will turn your boyfriend on. 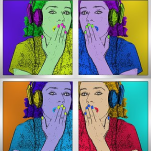 Posted by Editorial Team - October 22, 2020 0
Some call this mythical while others just blindly spit insulting words or underrated opinions. I am talking about the current…

Posted by Editorial Team - November 20, 2020 0
Jurgen Klopp has confirmed that his middle duo is “close” to his return-but his captain will be missing this weekend.…

Posted by Cityzen - November 21, 2020 0
Arsenal coach Mikel Arteta is fuming after news of a fight between two of his star players leaked to the…

In Kayole, a 44-year-old Nairobi man collapses and dies while making love to his girlfriend.

Posted by Editorial Team - May 28, 2021 0
Fredrick Kyalo Mwilu was having a steamy session with his partner, Miriam Githuka Wangare, when he made a sharp sound…