Abdullahi Musa, a Nairobi-based blogger, has been charged with extortion. Musa was apprehended on Sunday evening along Lenana Road and held overnight at the Central Police Station.

Mr Abdullahi claims to work with the Nairobi Metropolitan Services (NMS) has been charged with extorting money from a Nairobi businessman. 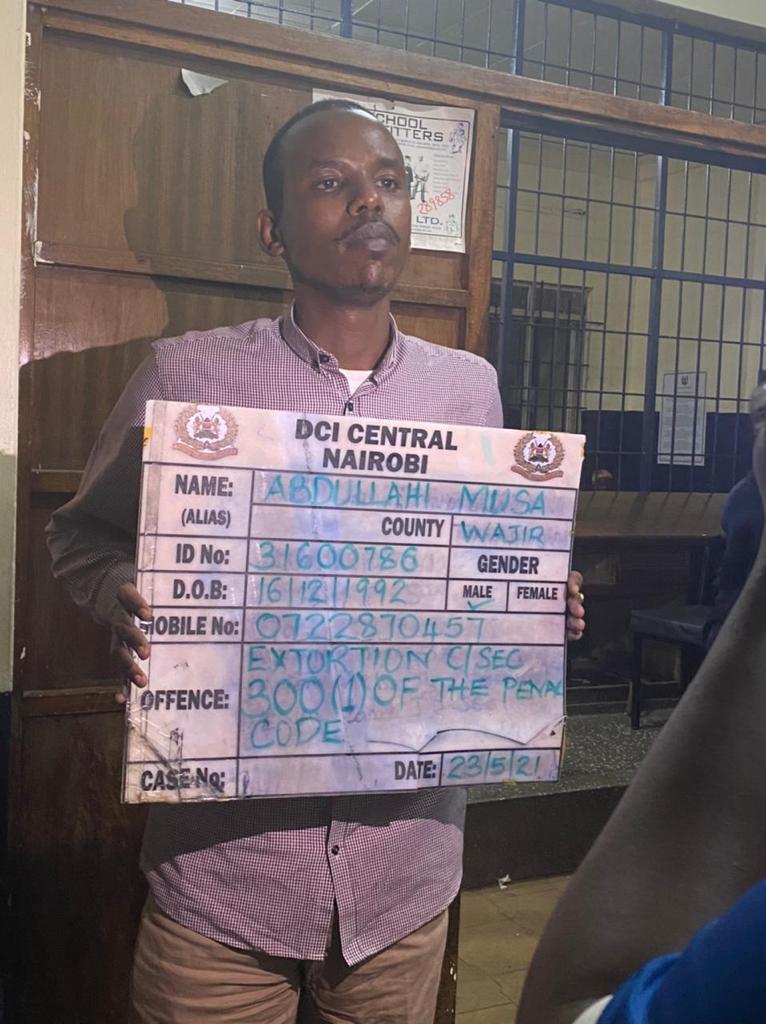 On Monday morning, police took him to Milimani law courts, where he was detained for seven days to allow for further investigations. According to the charge sheet, Abdullahi Musa was accused of extorting company Ibrahim Khalif by asking money to remove a Facebook post he had placed.

The blogger sent him the messages placed on his page between April 20th and April 25th, 2021, in Nairobi County, knowing the written contents and with the goal to extort money from Ibrahim Khalif, according to the court.

He will now be held at Central Police Station for one week before being formally charged on Monday. Before they fell out, the blogger worked for Mombasa County Governor Ali Hassan Joho. He then began disparaging Joho, who had ignored him, on his page. 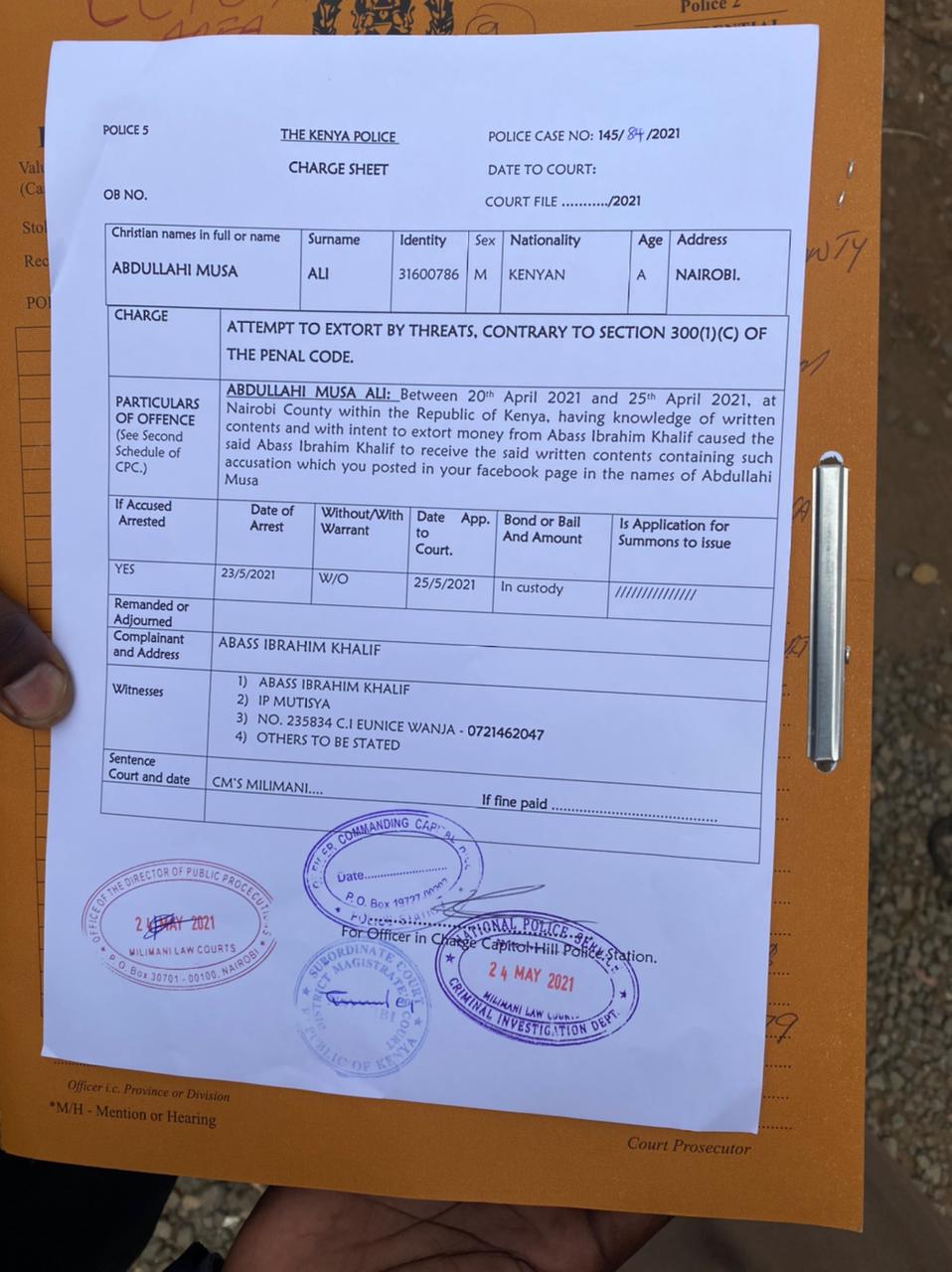 Detectives suspect Musa has been conducting an ocean syndicate in which he uploads derogatory statements aimed primarily at Muslims before requesting money to get the post removed.
Musa had sought Sh5 million from Ibrahim to remove a post tying him to illegal deals in Nairobi County, according to Ibrahim.

Do you have a groundbreaking story you would like us to publish? Please CLICK HERE to submit your story or reach us through info@thekenyanman.co.ke.

Posted by Editorial Team - July 26, 2021 0
More posts by this contributor Factories Aren’t Dying To Take Your Order And Other Hardware Startup Follies Working With A…

Posted by Editorial Team - October 21, 2020 2
To his followers and political students, Raila Odinga is epitomized as an enigma of Kenyan politics and a second liberator…

Posted by Editorial Team - July 10, 2021 0
Are you a real “newbie” to the world of free online dating? Do you find online dating foreign? Fret not,…

Enable Notifications    OK No thanks